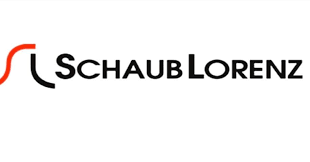 Perhaps the most unique or unusual tape recorder ever invented, the Schaub-Lorenz Music Center could record 46 hours music on a wide tape. Five years of development and a big price tag translated to an unusual story of failure.

in 1961, Graetz KG was purchased by Standard Elektrik Lorenz AG (SEL) and they consolidated some teams that would do the engineering for a new consumer electronics division branded as Schaub-Lorenz.
From a historical perspective, it’s useful to know that in 1959, Graetz had bought another consumer electronics company, Saja. The teams that had previously worked in the tape recorder division were relocated to the Graetz factory in Westphalia. After the move, it turned out strangely, that Saja had not provided adequate technical or production drawings for the previous tape recorder efforts so they were back to the drawing board. The former boss at Saja’s plant in Duderstadt was the only guy that really knew everything about the older tape recorders, but was no longer available. A strange transition. So for almost 2 years they attempted to get back into production, without success. But some new talent was just around the corner as 4 engineers from East Germany had escaped and were in a refugee camp in West Berlin. These were tape recorder guys, that had worked for an East German company, Funkwerk. They were hired and moved to Westphalia and it was around this time in 1960, that development of the Schaub Lorenz Music Centre began. The idea or concept this new tape recorder had arrived with Friedrich Knochenhauer who was planning it’s possibilities in 1959 at ‘Funkwerk Köpenick’ back in East Berlin.
This unique tape recorder had some serious engineering challenges as the tape had to be very large at 10 cm wide and was 150 m in length. Elasticity while preserving strength was the issue and no such tape had ever been produced. PVC was the first experiment and was lacking smooth tape transport. Polyester was the next choice. There seems to be no info to what the final tape solution was. With this length of wide tape, the new machine could record 46 hours of music!
A huge engineering effort with multiple manufacturing processes did finally result in production machines, however they determined that mass production was not a possibility as these machines were too complex. After five years of product development, two models were released in 1965 at the Hannover Messe, the 5001 & 5005 and later a 120v export model for the US, the 6000.
Approximately 1500 Schaub Lorenz Music Centers were produced and priced for the rich and famous. These were sold in Germany, the UK and American markets. Sales were sluggish at the original steep prices and then they were discounted significantly, with many sold in the UK.
5001- The most popular, a stereo table model with 126 tracks


5005- Console model with black metal stand, a turntable and 4-band FM/AM radio with an alphanumeric dial. With similar but not identical electronics to the 5001, the mono 5005 radiogram models were more reliable than the 5001. A 5012 mixer was listed as an accessory.

Apparently these unusual tape recorders were not very reliable but are still serviceable. Refer to the source below for more info.

The Schaub-Lorenz brand continued well into the 70s, manufacturing portable radios and a variety of other product.