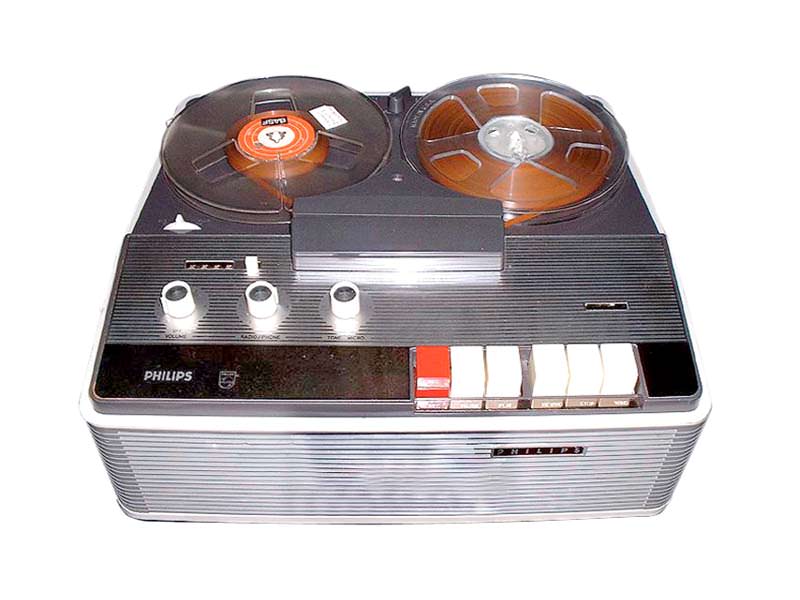 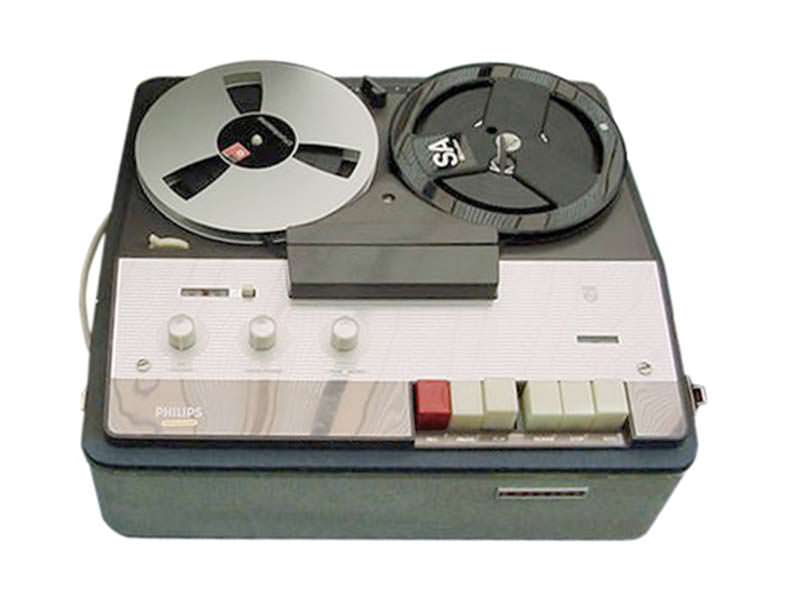 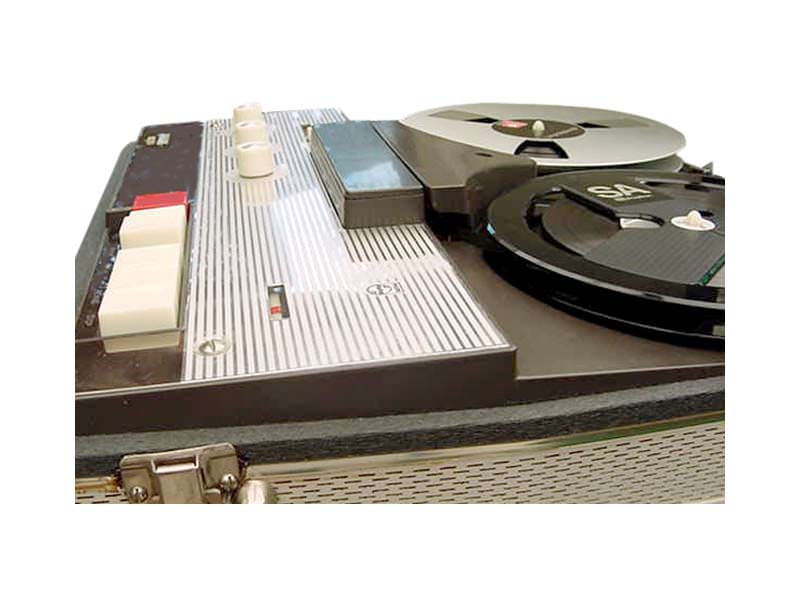 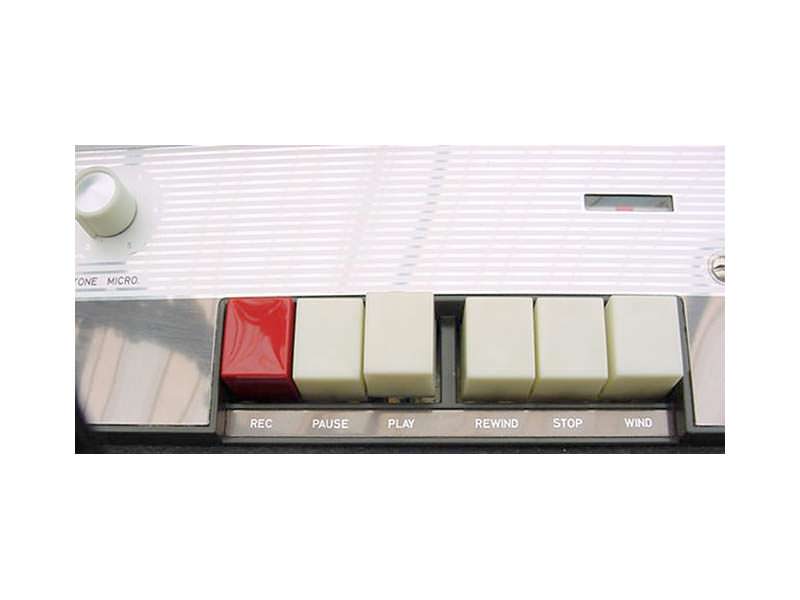 A quarter-track, two speed machine intended for home and family pleasure, the EL 3548 was a hybrid in that there was a marriage of solid state early stages with an ECL82 valve output and an EM87 magic eye record indicator, perhaps the best of both worlds in the mid 1960s.
Drive was achieved from a continuous-running capstan with wide flywheel, belt-driven from alternative pulleys for speed change which gave a very good wow and flutter specification.
The placement and marking of controls in three groups of three made operation simple and easily learned.

The appearance of the salient parts of the tape transport was much better, and the wow figures showed an improvement. They are RMS in all cases: 3¾ ips, flutter 0.16%, wow 0.15%, total 0.2% to 0.25%; 1, flutter 0.2%, wow 0.25%, total 0.25% to 0.35%. The values for total waver in gaining showed the same slow cycling between the figures given, as various components came in and out of step.
Remaining impressions were substantially the same, except for two very small faults. Pressure of the PLAY tab to its bed while using the diode socket to feed external systems on replay caused disappearance of the external signal – without, however, affecting sound from the internal loudspeaker. Also it is not advisable to snap home the cover to the mains cable stowage compartment, relying on the locking spring to latch home with click: it flew off with a snap, owing to the plastic pips which secure it shearing off. Am hopeful of what Araldite may do …