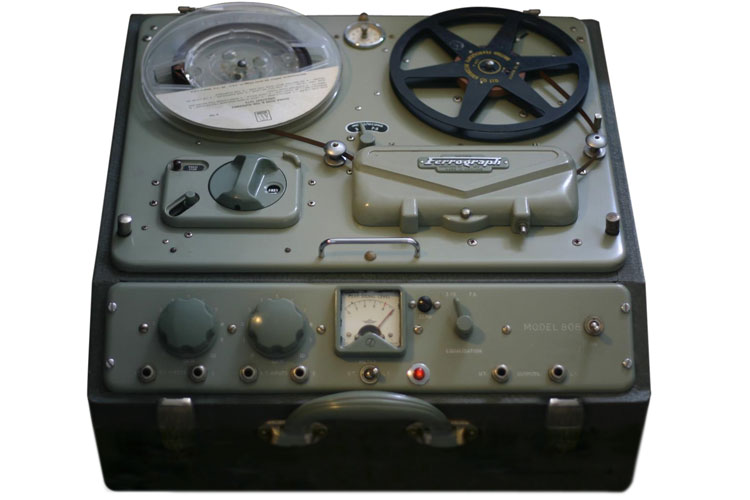 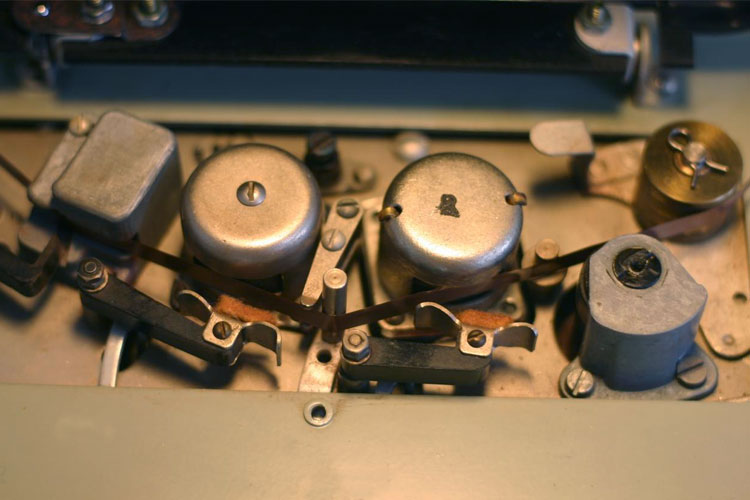 The Ferrograph Stereo 808 was officially launched at the 1960 London Audio Fair.

Based on the Wearite Series 4 deck, the 808 looked very similar to the older Series 77/88 machines, and is in fact the logical progression from those models.
Priced at a considerable £110 5s, the Stereo 808 was an all-purpose model with full monophonic and stereophonic recording and playback facilities and a high standard of performance.

The 808 was an early example of a tape deck, without power amplifier stages and internal speakers. Low-level outputs were provided to power existing hi-fi amplifiers and external loudspeaker systems.

A NEW STEREO tape recorder has been introduced by Ferrograph. The Stereo 808 is designed to give both monaural and stereo recording and reproduction on conventional track tapes.

It has complete recording amplifiers but Ferrograph decided to omit power amplifiers and loudspeakers, to save both weight and space and so to keep the machine an easily portable unit.

They felt that most hi-fi enthusiasts would, in any case, possess standard stereo amplifiers.

The output of each channel, therefore, ends at low level. This is rated at 1.5 volts across 5,000 ohms. Variable tone controls, normally included in amplifier circuits, are also omitted.

The machine is fitted with three independent motors – two driving the tape reels and the third driving the capstan. The main drive motor uses Ferrograph’s “Octoquad” synchronous principle and is resiliently mounted for quiet operation. The total power consumption of the unit is 110 watts.

The recording level meter is of unique design to bring transients into proper relativity. It can be switched into upper or lower channels for stereo work.

There is an automatic stop switch which instantly cuts off the motor drive when the spool is empty or if a tape breaks during recording or playback.

The Ferrograph Stereo 808 is supplied in a standard two-tone grey finish in a transportable cabinet with detachable lid.

Specifications at a glance
Model Stereo 808